I was going to post about Nintendo’s new awesome Super Mario Maker – but decided to highlight their awesome and creative overlay which made my day. I have always loved how playful Nintendo is – and glad they show the same playfulness with their web site. Nice work! 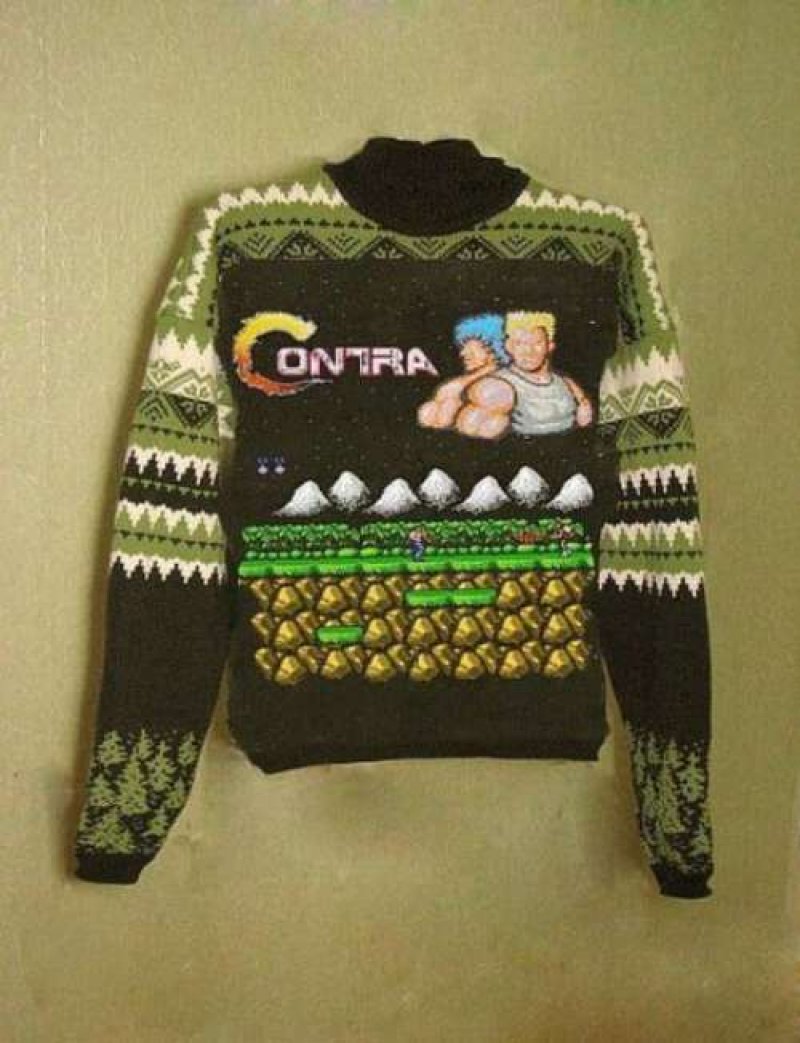 I still spend time once a month looking to see if Contra has been released in the virtual console for the Nintendo Wii. I play Super C still regularly but would love to throw Contra into the mix. Not sure what Contra or Super C is? Either you were not gaming in the early 1990s or just truly do not understand the concept of teamwork.

A big thanks to Doug for sharing the photo!

The Wii is by far one of the coolest if not the coolest console I have ever owned. The one thing I do miss from my PS 2 days is the voice interaction I had while playing games. I just read about something really cool that will perhaps take care of my want for voice interaction:

This from the Nintendo news site:

The new Wii Speak Channel arrives on Nov. 16 and uses the Wii Speak, a microphone that sits on top of your television. This accessory is sold separately at an MSRP of $29.99. People who buy the microphone are given a code that allows them to download the Wii Speak Channel from the Wii Shop Channel at no charge. The Wii Speak lets people in up to four locations who have traded Friend Codes chat with one another at no extra cost. When you use Wii Speak in real time, your Mii appears on your TV screen and mimics your chat. You also can leave audio messages for your friends and family members or use Wii Speak to narrate captions for your photos.

I have to say – it has been a long time since I was excited about a game or a gaming console…probably since SoCom II, but lately I have been super excited about the Nintendo Wii. We got Wii Fit and MarioKart over the last week and have been loving both. I am also now on the hard level of Guitar Hero 3. I am super excited to show my sister both of those! I look forward to playing MarioKart online with some friends. If any readers have it – let me know your friend ID and I will add you to my list so we can play together!

I have been reliving life as an 8th grader in 1990-1991 again the last few days by playing my once/once again favorite game: Super Mario 3. I picked up Super Mario 3 for the Wii via the Virtual games and have been loving every second of my game play. It is amazing how much I remembered (secret areas, etc) and I just checked out a site that lists some goodies that I had forgotten about (coin ship, warp from world 1, etc). I always had fond memories of this game – and spent a lot of late nights with friends playing this – and even 18 years later – I find this game incredibly fun. Gotta love playing these classics on a huge TV 😉

Ever since I got the Wii, I have been watching to see what old games would be released for the Virtual Console and I finally decided to check out to see if Nintendo had a feed for all new game releases. Sure enough, they have a RSS feed and it lists all new game releases. (This way I can stay on top of the RC Pro Am release…whenever that might be). The feed also includes news as well – but at least I can passively get the release dates and some general news instead of searching for it.

If you own a Wii, check out the feed so you can stay on top of everything: http://www.nintendo.com/feed

Finally – I made it to a Best Buy that had a Wii over the weekend! I saw the flier in the Sunday paper that Best Buy had some in stock so I jumped in the car with Amy and E and we got there to get a “ticket” which guaranteed a Wii. So far I only have 2 games (Wii Sports and some other game that came with a second controller) but look forward to getting some more games soon. Anyone play the newest Mario?

After a long day of craziness, I was feeling overwhelmed and exhausted…then I noticed Amanda Congdon posted a new video on her site. In this video she covered the Nintendo Amusement Park and after everything, that made me smile and laugh! Thanks Amanda!